Hi there. My name is Katy Hahn and I am a professional theatre artist living in small-town Iowa. I make my home with my husband Bill, our son Jack, and our dog Sam, and I travel all over to teach and make art for a living.

This website focuses on me and my work as an actor, educator, and collaborator. I use my platform to highlight the awesomeness of my friends and colleagues as well, so scroll all the way down to see what artist-friend I am featuring this month!

I have trained and worked across Iowa and the U.S. as a theatre instructor, accent/dialect coach, director, and actor for stage, screen, and voice over projects.

I earned my BA in Theatre: Performance from the University of Northern Iowa in 2010 and my MFA in Acting from Florida Atlantic University in 2015.

I currently teach theatre courses at the University of Northern Iowa in Cedar Falls, Coe College in Cedar Rapids, and Nolte Academy/Iowa Conservatory in Coralville.

I specialize in voice, speech, and movement for the actor, with additional expertise in accent and dialect study, Shakespeare, musical theatre, new play development, and theatre for social change.

I work with people at all levels of experience to spark creativity, inspire confidence, cultivate empathy, build community, and engage in the greater conversations of life. I seek to serve and empower people of all ages and backgrounds, particularly diverse learners and underrepresented groups.

“I thought that all of the plays we read this semester had an important element to them and therefore, introduce students to new pieces of theatre that are not always represented, such as topics of race, sexuality, disabilities, etc. I believe all of the plays Katy chose to include this semester benefit student learning and prepare us for other classes and shows in our future."

"Katy and Jenn both care a lot about this class and making it engaging and productive for the students. They have taken the time to individually get to know each student so as to help them grow in their emphasis. They also addressed all three areas of emphasis in the department. They had good connections with the students and challenged us while still helping us if we needed it."

"We talk about content a lot in class. We always know what is expected of us, and we go over the rules and guidelines for everything, which was really helpful especially when you haven't ever taken a class like this before. I think that Professor Hahn has an advantage because she has been in so many plays and musicals, and she really knows her content. I believe a class like this has students who are either 100% interested in it or not really at all. She did a very good job at making the class more than just lecture every day and got the 'not really at all' students more interested in it."

"Good morning! I just wanted to say thank you. I love that you have Black Lives Matter in the end of all of your emails, I love that you normalize talking about privilege with race, sexuality, gender and everything else, I love that you try to incorporate EVERYONE into your lessons/ talk about things and people/ disabilities that aren’t talked about as much as they should be, etc. I KNEW I’d Love having you as a professor. You’re great!"

"Katy is exceptionally good at classroom management and at articulation of ideas and concepts. Whenever students got off task or began to speak out of turn, she was firm and respectful yet was consistent in making each and every student feel welcome and comfortable in class. Regarding her teaching of content, she put things in ways I had never thought of, and was able to use every single situation as a teaching and learning opportunity. No matter what happened, Katy was always on her toes and ready to use the class events in order to benefit everyone."

“Throughout, Hahn carried a thread of frustrated nobility that was a delight to watch. Her Hal — as the character should — stands apart from the various ways she is treated by others. In the end, gender is just one more label for Hal to throw off as she strives to discover and activate the person she needs to become… The climax of the show is the fight between Hotspur and Hal, and it is glorious. When Weiner and Hahn bring together their larger-than-life personalities, it’s electric. The dichotomy between the two characters is so well drawn through a perfect triumvirate of text, acting and direction that you can feel the thickness in the air between them. Their fight is elegantly choreographed as a close and intimate knife fight. Moore’s fights overall in the play are well done, but this one is a capstone, both of design and execution.”

Genevieve Trainor
Little Village Magazine
"'Bully' is fierce. It’s violent. It’s alarming. And it’s riveting in its Iowa debut via Mirrorbox Theatre... While the black box theater seems too small to contain the anger that’s flung throughout the show, it’s also the perfect size to create a visceral experience for actors and audiences. The play captures the professional troupe’s mission to produce Iowa premieres of plays offering 'dramatic reflections on contemporary culture.' Simple, versatile staging, dramatic lighting and a pulsing soundtrack reel us into their worlds as their truths unfold. Director Katy Hahn has given the actors the tools, space and vision to create fearsome characters whose strengths and weaknesses throb side by side."

Mirrorbox Theatre presents Out the Box, a free weekly reading series of fresh contemporary plays performed live and to a limited audience.
Friday, February 26th at 8pm CST, join us for Cal in Camo by William Francis Hoffman. Directed by Cavan Hallman.
About the play…
Cal’s desperation mounts as she strains to breastfeed and care for her newborn, while her husband Tim resents his struggle to make sales in his new territory. But the extent of the unease that pervades this couple’s new house won’t fully come to light until Cal’s brother Flynt arrives, reeling from the recent death of his wife. Do the wounds of the past irrevocably impact our capacity to connect? Heartbreaking and mysterious, Cal in Camo probes the nature of family bonds with lacerating humor and moments of blinding revelation.
Featuring: Patrick Du Laney, Katy Hahn, Duane Larson, and Michael Stahl-David.
Prior registration required. Visit: mirrorboxtheatre.com/out-the-box

Starring Katy Hahn as The Pilot

A fighter pilot becomes pregnant and is forced to give up her wings. When she is reassigned to piloting a drone for a seemingly endless war, her sense of self — and reality — comes into question. A play about duty, identity, and motherhood.

For more information about Grounded and other titles in Riverside Theatre’s Virtual Stories Series, visit https://www.riversidetheatre.org/virtual

Read our review in the Gazette here!

Read our review in the Daily Iowan here!

I met Akwi in 2012 when I was brought in as a guest host for SPT Theatre’s “Tales from the Writers’ Room” series. At the time, Akwi was one of SPT’s writers and performers as well as an English teacher at Washington High School in Cedar Rapids. I got to work with Akwi on another Writers’ Room show again in 2015 and had the privilege of shadowing her as she taught at Iowa BIG. I found it fascinating to watch her work with high school students in such a unique and nontraditional context, guiding them in community-oriented, real-world, project-based learning.

It is a pleasure to follow Akwi’s evolution as an artist. She is one of the most driven and inspiring people I have ever met, and I am constantly learning about her ongoing list of superpowers. On top of being a dedicated mother, she is an influential teacher, writer, poet, performer, textile artist, activist, and (dare I say?) style icon.

Akwi is always creating. One of her latest exciting projects is described as “a nationwide arts initiative to tell our nation’s true stories, in visual + audio form, inspired by the personal fabric remnants we’ve held close.” Check out The Remoir Project today.

“Akwi creates as a writer, performer, and visual artist. Her work and words have appeared on stage from California’s Wine Country to New York’s Fashion Week. She is a former Iowa Arts Council Fellow, founder of The Hook, creator of The Remoir Project, and a champion of the artist and the arts through her role as producer of multi-media arts events in the Midwest.

Her visual art serves as manifestations of her exploration of race, gender, Black history as American history, and a parallelism of current social issues with their historical and cultural counterparts. As a writer, voice artist, performer, and producer her collaborative partners include Emmy-award winning composers and nationally-renowned dancers and choreographers.

While engaged in a fulfilling and successful art career, she also works with companies and organizations as a keynote speaker on the topics of art as place-making; storytelling as effective marketing; pattern disruption; and the intersection of art, economy, and civic wellness.

Akwi was born in Iowa City, Iowa, and raised in Cameroon, Africa. Her experiences as a Cameroonian and Cameroonian American inform her work as she explores the intersections of gender, parenthood, race, tensions between “outsider” and “insider”, and concepts of geographical and spiritual home. She lives in the Midwest with her two daughters, a dog, and two cats. The stage is her first love, art her truest home.”

Thank you, Akwi, for using your amazing gifts to make the world a better place!

While I have your ATTENTION... 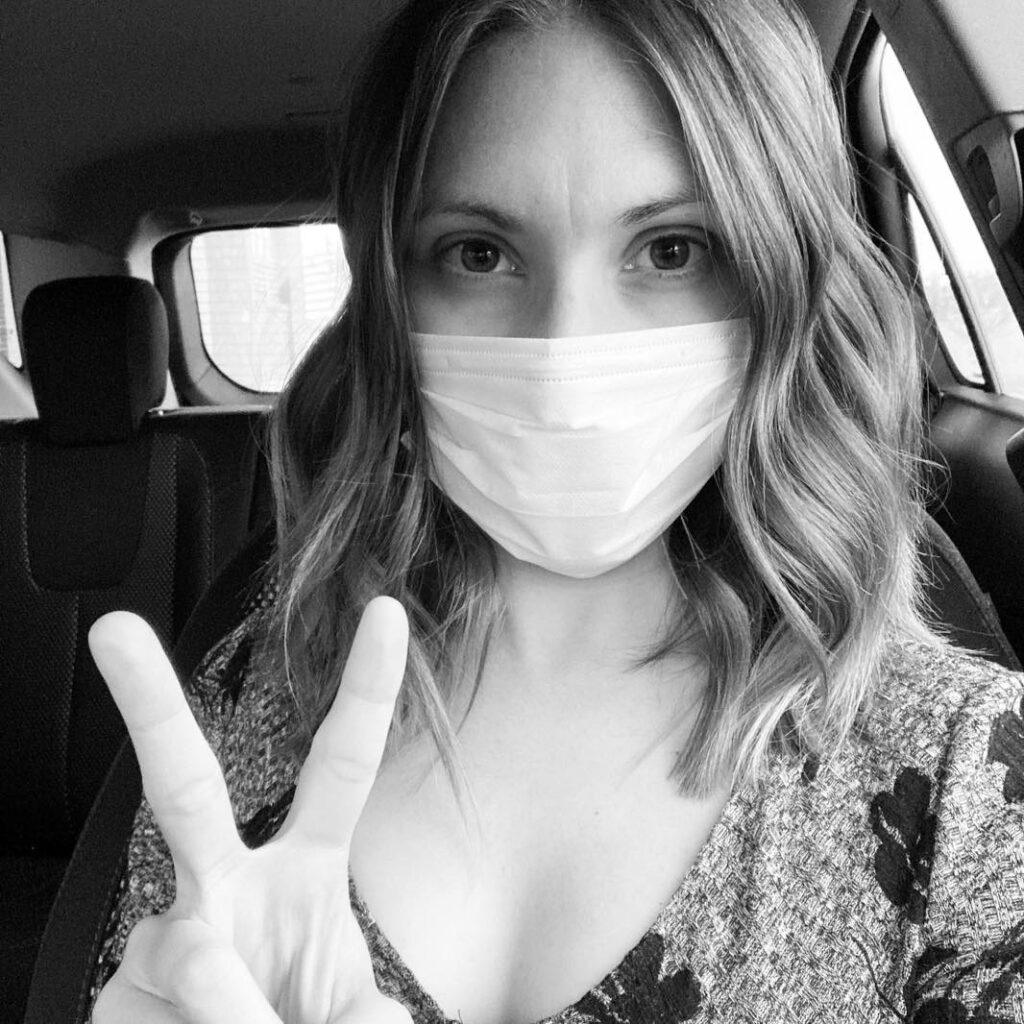 THANKS for STOPPING BY! 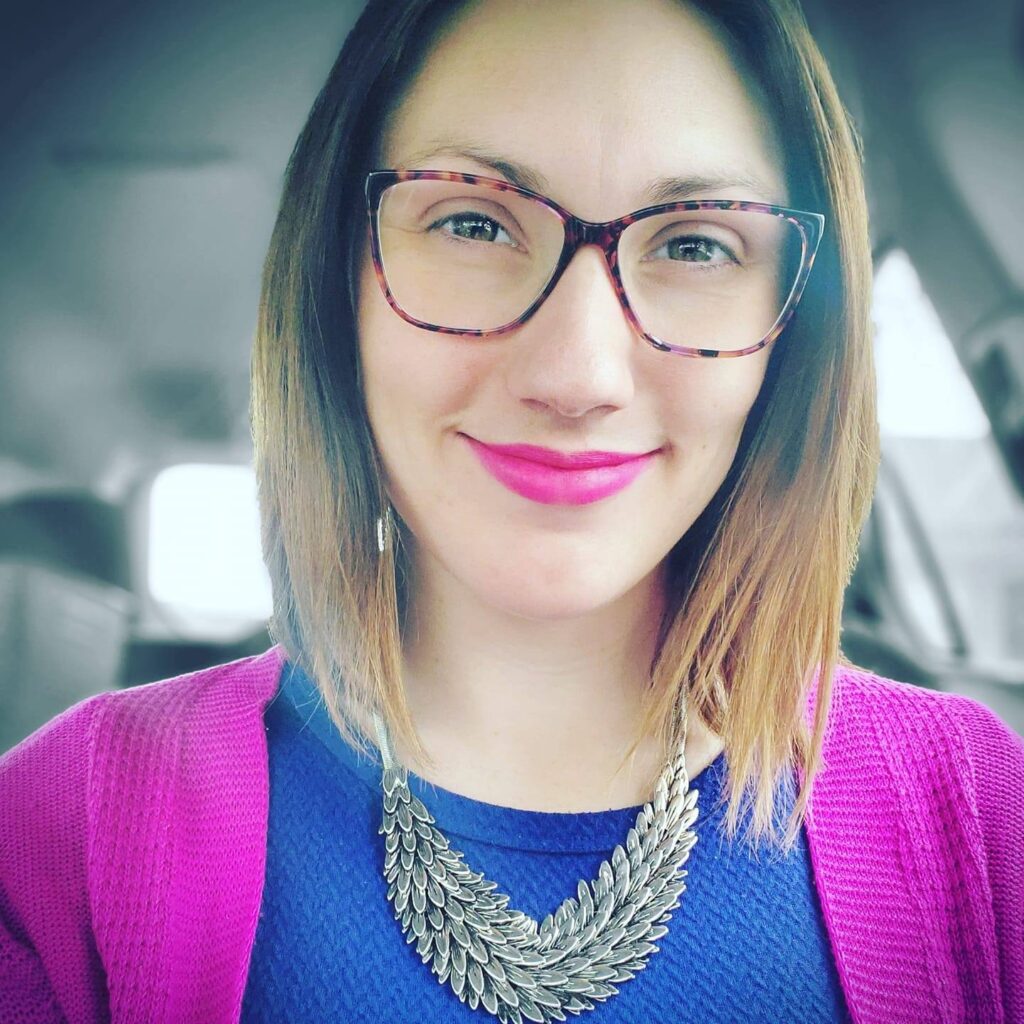